Bryce Boosting Big on a Boogie in Bend 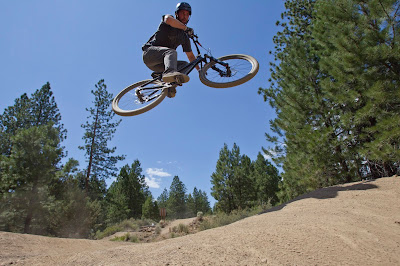 Steel WÜleur Bryce Hart making it look easy while on vacation in Bend. I believe he is in the elite club of pedal pushers who can lay it down on an 8 hour road ride in the mountains with the best of them and then air it out with the all the youngsters. It's good to have wizards in the Peloton because they can work their bike magic behind the scene and keep everyone upright by absorbing our subtle mistakes.
Posted by Steel WÜl at 11:21 PM No comments:

On the road with Steel WÜleur Eric Highlander

First I need to say I sure do miss the Steel Wul rides, I will have to get my fill durning the winter time. This summer has been a whirl wind of great times, hot weather, high elevation, long drives, beautiful bike rides and amzing people. I have been to Denver, Evergreen, Durango, Fruita, Grand Junction, Fort Collins, Moab, Salt lake City, Park City, Bend, Hood River, and Portland.
You will enjoy this little story, I was in Durango for about 6 days with the east coast demo team and we were hanging out in the front yard of some friends house after a ride drinking beer and who walks by in black jeans, a t-shirt , and tennis shoes carrying a tennis racket? Bob Roll! Turns out he lives down the street from where we were staying. Who would of thought he was a tennis player?
I have attached some photos to the email, just wanted to show some of the things I have seen so far. Everyday I feel beyond lucky to be doing what I'm doing within and industry that I love .
I hope everyone is doing well and that the fire season for you is not to crazy. 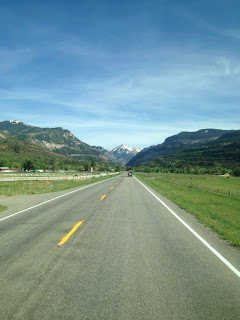 Headed to Durango outside of Red Mountain Pass 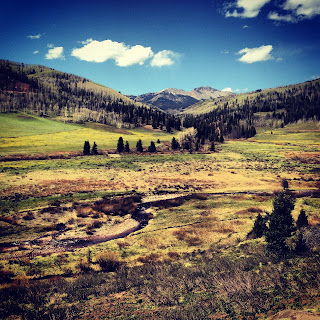 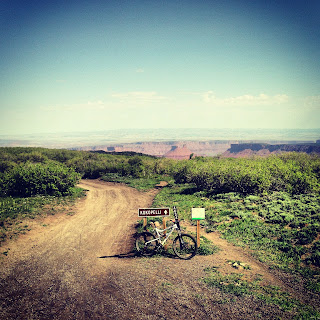 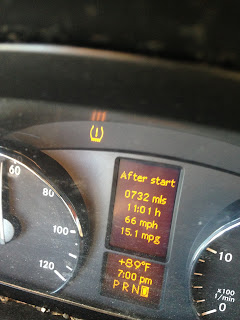 Life of a Demo Driver

With 732 mile sectors, here is a little tribute to Highlander.

SW Math -if we can see the top from here, and you have a credit card... 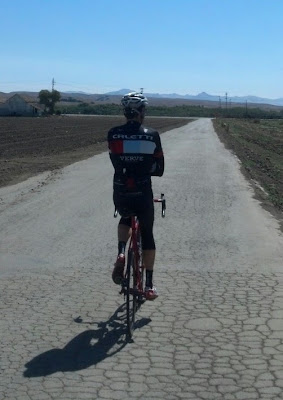 With Henrieta Peak in his cross-hairs, John Caletti takes a moment to crunch the numbers. In the big picture, whats the difference between 85 and 135, besides 6 additional pastries?
Posted by Steel WÜl at 10:03 PM No comments:

Edward Norton had Tyler Durden, who do you have?

If you've ever been off the bike for months sometimes your subconscious takes over to help keep things going. Mama WÜleur heard someone rustling in the SW Lounge the other night and captured this little piece of evidence. She said I looked "peaceful" and turned the light off on her way back to bed.

Seeking motivation one LP at a time...

I woke up this morning after a 300 hour work shift feeling like John Prine looks on his Sweet Revenge album. After a cup of bengal spice tea and email confirmation of a Wednesday boogie with a few WÜleurs, I started to feel almost as good as Dick Dale looks on his Surfers Choice album. 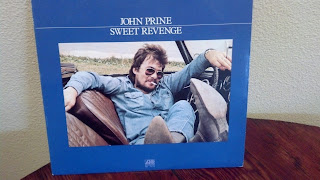 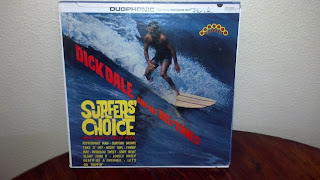 For the record:
Dick Dale played a right handed guitar left handed without reversing the strings. All of his guitars and amplifying systems were built for him by Mr. Leo Fender. It had to be built to withstand the punishment of Dick's playing.
Posted by Steel WÜl at 8:12 AM No comments: 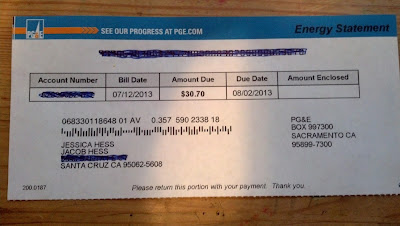 We have been waiting for the PG&E June billing cycle to show up so we can compare notes and sure enough, we accomplished our goal of a buck a day at Steel WÜl HQ for energy costs. That just might motivate us to get down to a quarter a day per person. After reading an article in the Huffington Post ( http://www.huffingtonpost.com/2008/10/21/save-energy-by-unplugging_n_136625.html ) regarding unplugging electronic gadgets to save energy, we realized that they have it all backwards and it is the gadgets that we need to rid from our homes not just unplug them. It is much greener to simply not own it than have to unplug it. Check out one of the ridiculous responses to the energy article, some softy claims, "we need to engineer our way out of this energy situation". I bet this guy complains about the cost of inflation also. What would MMM think of this guy?


here is his comment:
This is just plain silly. Many devices include clocks and other settings that are lost if they are unplugged for long. Asking people to run around all day plugging and unplugging is just NOT the ANSWER and an example of a bad way to try and help people be green.
Design a phone charger with shuts down when the phone is charged and no longer pulling a load. The user could then plug in, push a button or something and start the process over again.
What about a VCR? That must maintain memory so it will kick in while you are out and record the show you want. Build it with a rechargeable battery. It can then shut off it's transformer when not in use and only turn it on when it's time to record the show or give itself a quick battery recharge.
We need to engineer our way out of this not tell people, the vast majority who will never do it, to unplug things. My wife is gonna have that coffee turn on in the morning no matter how much you hate her coffee pots transformer. But the pot can be engineered to be more green.
That can be done NOW, with todays tech and would not add much to cost. Lets push for that and stop this non-sese of asking people to crawl around unplugging stuff.

"I'll meet you at Piggies after 5th period"

Your blog took me back.  Battin fighting with drivers.  Big Ed and his gigantic gears.  Shane K when he showed up for his first group ride kind of chubby, then a beast later.  Pregnant Katrin Tobin riding to work at Giro.  Breaking my collarbone on a t,th ride and piling into Chris Chaput's truck with the other casualties to avoid paying for the ambulance that was on it's way.  Starting every disrict tt behind larsen because of the damn alphabet.  Hunter Allen going to Europe and being beaten up by his host family.  Pat Heaney and his bible.  Erbe's son coming to watch me race in Capitola and crashing right in front of him and traumatizing him enough that he cried every time he saw me for about a year.  Housesitting for Big Ed and his dog attacking me while they were backpacking in Yosemite and lying about his address so they wouldn't put his dog to sleep before he got back.  Pat Connelly and I getting ready for a ride in Nisene right before the 89 quake.

The one and only Kim Davis (RIP)


For the record:
Derek was employee # 2 or # 3 at Speedplay and this photo must have been taken just after Pat rode his bike down from Seattle. He was an electrician and said that he and his buddy started to drink coffee because it was free at most "cafes". Brent was pre UC Davis at Cabrillo and Shaney Shane was post skate life and pre aerobisourus-rex. Kim was the fastest female in California for many years.

The one and only Zig Ziggler coined that phrase years ago and I have had to repeat that quietly to myself on a number of occasions over the years during sketchy situations. For some reason, my inner voice sounds like Bill Murray's character in 'What about Bob' and goes something like this, "it's just false evidence appearing real...just some good old false evidence and it appears sorta real". The reason I bring this up is that the tables have recently turned and I have been the false evidence appearing real and it's not cool at all. Lets just say for argument sake that I was riding my bike on a road that is questionably public, honestly it depends who you ask, for example I had the county road department say one thing and CHP say another (I know, its shocking).

While gingerly pedaling on this road minding my own business, I was verbally and physically assaulted (does a small dirt clod count as assault?). I could not figure out what I did to this person other than pedal my way past his home on a human powered machine because the day before I drove past this person in front of his house in a four stroke (intake, compression, power, exhaust, did I mention exhaust) internal combustion engine vehicle. The only thing I could think of was Bill Murray's voice saying, "you're just a little false evidence to him, and you're evidently appearing real".

I have seen this phenomenon before with humans traveling on foot. Why do most folks feel more comfortable to have a vehicle zoom past their home rather than someone on foot or bike? Does it have to do with the fact that he could see my face or hear me breath, and that was just too much F.E.A.R. from him? I suppose we have just become so numb to vehicles that it is as if they are not even there. When I drove past his place, I could of had a roof mounted turret and he probably would have just thrown a perfunctory wave my way. He saw something so different when I pedaled passed him that it cause a visceral response.

The moral of the story is to just tell these folks that everything is going to be alright, and that your vehicle is parked just up around the corner. Or you can go with our fly fishing guide Greg Hector's quote, "hey... we're all Americans here, so lets just share a little river and then we'll be on our way". He pulled that one out of the clear blue sky on the upper Trinity and it was strangely patriotic. Regardless, just keep pushing those pedals because the rest of the world knows us as pedal pushers not button pushers, our folks will eventually come around.


Here is a little False Evidence Appearing Real for you... 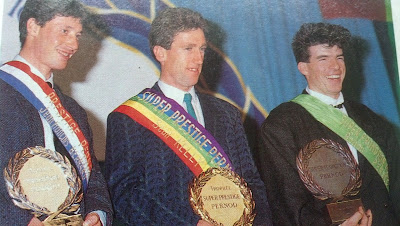 Question: Who are these classy gentlemen? 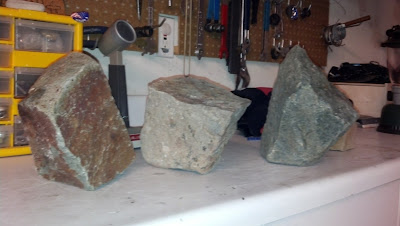