Answer: Dano (who was asked to play Jan Ullrich in the Jan Ullrich story)
Posted by Steel WÜl at 9:56 PM 1 comment:

It's all about the engine...that's my excuse anyway 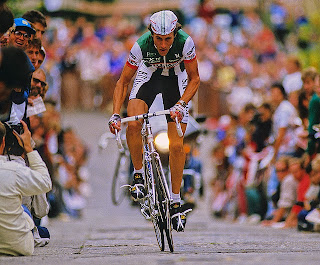 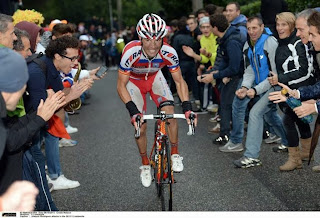 When I saw Watson's photo of Joaquim Purito Rodriguez busting out the final move of the world road race, it reminded me of the photo of Boyer at the Coors Classic in San Francisco (almost 3 decades ago). Looking at these photos together, it is a great reminder that Boyer's time trial up Fillmore Street would still be very competitive today even with all the modern "advances".

It is very easy to get caught up in the trap of , "these are lighter, more aero, more compliant, stiffer, electric, faster, better breaking, ect.." I'm pretty sure that Joaquim would have won that race even if he did not have the latest brakes from Shimano or a triple delux padded chamois. What you don't hear folks chatting about is how limber their hamstrings are or what they put in their system that morning. Hinault could care less about a riders V02 numbers or areo stats, all he cared about was how they held up in the freezing rain, muddy gutter, and scorching heat (sometimes, all in the same race).

Next time someone coughs up a lame excuse like they were in the wrong gear or needed their other wheels, throw them for a loop and tell them you would have hung in but your IT band was just a little too tight and you're running low on potassium.

The magic bullet can't be purchased, only chased. Judging by the looks on their faces, Boyer and Joaquim have the bullet in sight regardless as to what machine their engines are pedaling. 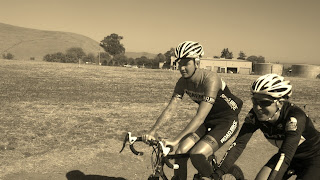 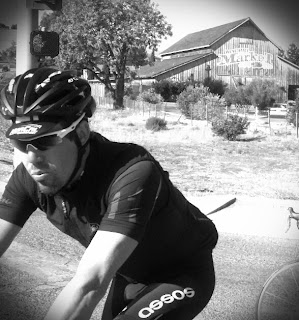 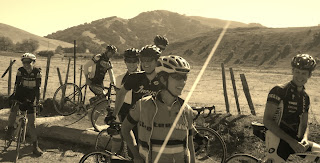 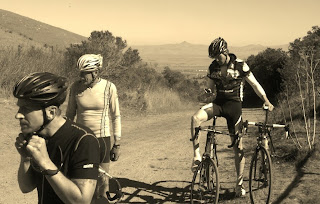 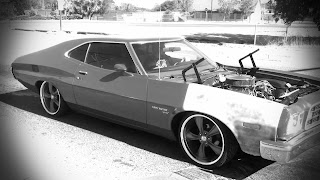 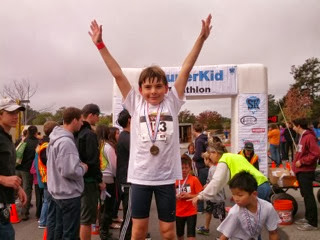 Maybe he will hang his medal next to his black-belt... 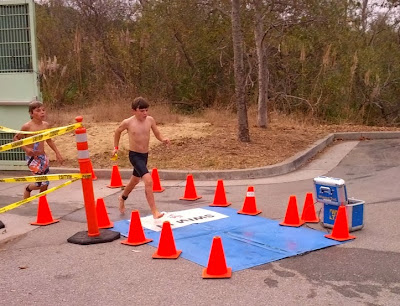 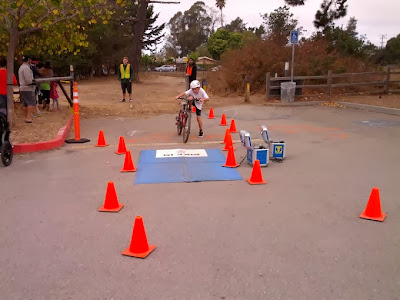 In true Steel WÜl fashion Peter won the bike leg, after all he has participated in 6 Cobble Classics! 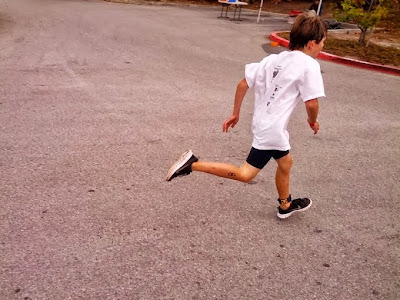 Finishing strong for a spot on the podium
Posted by Steel WÜl at 9:13 PM No comments:

KOM Porter Wesson: and then there was one...

Enjoy this short  from Black Dog Productions showcasing Porter's beat-down he issued on Fremont Peak. We pulled out all of our 'old guy' tricks on the steep stuff and he would not budge. I started off by asking him if he has ever been up Fremont Peak before (his pace was a little juicy). Once he chipped the group like a cheap piece of china, I had to change my strategy and work my mind control angle and pointed out the fact that we had a nice gap and that this is a good section to "recover" (for me). That didn't seem to work either as he literally pedaled right out of my view.