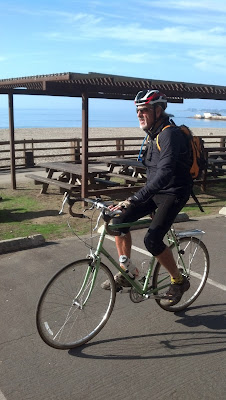 I scored some saddle time with Papa WÜleur and we even stumbled across two new roads (one with a 150 lbs rot waiting for us and another that has not dried out since the storm of 82'). Rumor has it that the Hess brothers might be planning a cycle adventure somewhere between California and Blennerhassett Island.

For the record:
My sisters and I launched our Flojos down the river that was running through the middle of the Capitola Venetian and Margaritaville in 82'.

However Lance did come close in 91' while driving go-carts in Colorado Springs. 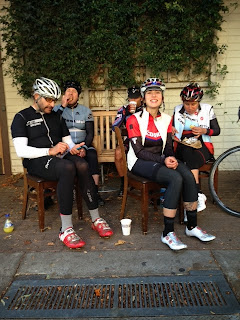 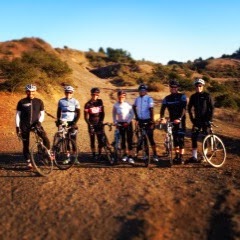 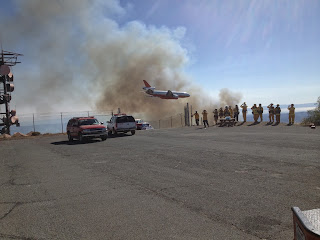 photo by Fire Captain Brian Ham
The last time I was on Diablo this little feller was painting the hillside red for us. It's freaky to see a DC-10 (VLAT very large air tanker) flying so slowly...

We recently drove through the east bay and I realized that I have not been in that neck of the woods in decades. I am known for my memory recall and let me tell you I had the most vivid flashback surface from my hippocampus while driving on I-880 which was accompanied with smell and taste. As with most 40 year olds who fell in love with road cycling in the early eighties, it all started with Winning 'Bicycle Racing Illustrated' Magazine.

I have no idea how he got his hands on them but Andrew Carroll had them all. When he gingerly opened the yellow clad issue and laid eyes on the Puch (made by Bianchi) advertisement he fell in love with this cream and red machine. This was more than a bike this was...absolute perfection. Like most "perfect" things (Aptos girls & Italian bicycles) to a 14 year old boy were absolutely unattainable.

Our unattainable desire for Italian Bicycles was about to change when an angel in the form of Micheal Gurga (Micheal's Pizza) descended into our life and offered us jobs for $4.15 an hour and all we had to do was show up hungry, eat, drink New York seltzers, and sling pizza for 4 hours.

Days tuned to weeks, weeks turned to months and the cash was starting to pile up in Andrew's shoe box like fallen leaves. His special issue of Winning was looking more and more weathered. He could tell you everything about that lugged Puch - the Athena groupo, the Ambrosia wheels, the Columbus tubing.

This was more than just a bike at this point in his life, it was a quest flanked by delayed gratification, desire, and a mom (Dorthy Carroll) who was willing to drive us in her old GMC truck to Oakland from rural Aptos to seal the deal on his dream.

I couldn't tell you the name of the bike shop or if it's still in business, but I can recall the smell of campy pig grease in the air and the squeaky wooden staircase that we climbed to the second story. I can only assume that Dorthy called ahead of time because right there in front of us was a 54cm lugged Puch with all the trimmings draped in sunlight. It wasn't like the end of the rainbow -it was the end of the rainbow. That shop could have had varsity girls swarming the place and we would have been oblivious.

On the drive home we told Dorthy to drive extra safe as his lugged beauty was riding solo back there. We spent most of the ride home (looking backwards) planning how I was going to get my hands on the lugged Bottechia at Hugh's shop (Spokesman, Cedar St.) I have a couple of  credit cards now and have to use them from time to time, but I sure do miss the days (weeks & months) of delayed gratification because it is oh so sweet! 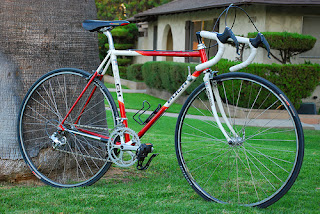 "Because it is the right thing to do..." RFK

With an inquisitive 10 year old (who reads newspaper headlines) at Steel WÜl Headquarters, we have been discussing the assassination of JFK. We felt like we were weaving a tale to her when we described all of the bizarre twists and subsequent murders associated with his death. The bad news just seemed to keep snowballing as we explained that folks got Jack, then Martin, and then Bobby. We listened to Bobby's speech for Humanity a couple of times and realized that it only has 117,000 views and Dancing Choir Kittens has over 2.5 million views - WTF?

Enjoy this wonderful speech, because it is the right thing to do... 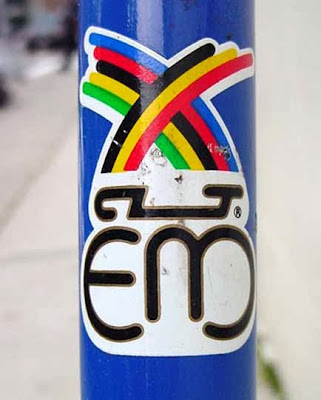 If you're old enough to remember this, you should

schedule a colonoscopy! Somehow Lue Ferrigno come up today and I asked some folks if they ever saw the show 'Trauma Center' - not surprising, I got a bunch of blank faces. There is some great stuff in here like crowd control techniques, proper safety gear, code three driving, it has it all.

For the record:
My mom and I ran into Lue Ferigno at the San Jose Airport in the early 80's and he was kind enough to sign a piece of paper we found in the garbage which was right next to him.
Posted by Steel WÜl at 9:00 PM No comments: