Ok...today I will come clean and admit to a prank that I was in on involving Alexi Grewal twenty two years ago. Let me set the stage for you.  I was seventeen and flanked by Justin Morgan, Chris Bauman, Simone Giachino, Tyler Kettenberg, Hans Bielat, Adam Riemer, and Chad Gerlach (enough said). We were in Wyoming for the 91' Casper Classic. I believe it all started with Justin launching bottle rockets out of the hotel window into the parking lot after the prologue.

Alexi tested positive prior to Casper and blamed it on a twelve pack of poppy seed muffins he ate before a race. We were in the same hotel as Coors Light and after a couple of stages we noted that Alexi happened to be staying on our floor. Word had spread through the peloton regarding Alex's affinity towards poppy seed muffins.

Our tomfoolery started off with some old fashion door bell ditching where we would leave him a twelve  pack of mini poppy seed muffins. The elevator rides started to get a little nerve racking as I was pretty sure he suspected the California juniors. At this point, his defense was common knowledge in the cycling world. Like clockwork, the muffins would show up everyday at his hotel room door. After a while we were leaving poppy seed muffins in the elevator, front lobby, stairwell, and ashtrays.

Alexi had a unique view of bicycle racing. He once said the only reason he races is that it is so damn easy. His 84' Olympic gold medal is still the greatest finish in cycling history regardless as to what he was on.

For the record:
The last time I saw Alexi was in 94' after the Mike Nields Memorial Stage Race in Colorado. We were out training in Ward and a skeleton of a man flew out of a dusty trail-head on a lugged Serrota onto the road in front of us. He took one look back and dropped us immediately. 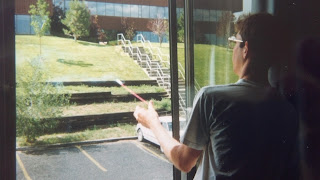 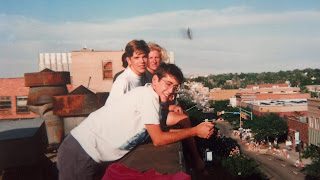 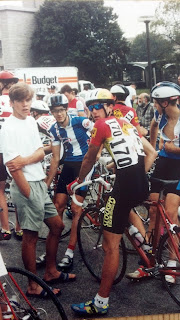 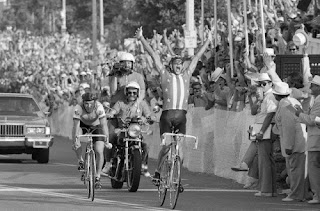 ...without a mussette bag full of Nutella 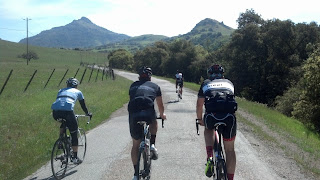 the approach to Henrieta Peak 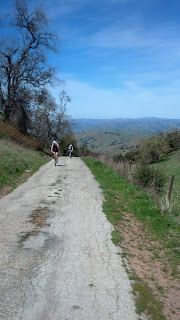 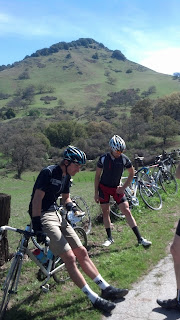 calling all greyhounds- (Dain & Carmi), the road has turned skyward....wait for me at the top

Normally I don't engage, but today was different...

I did what any road cyclist would do after being floored by the infamous Santa Cruz Rhino Virus for the last few weeks - I chipped out a solo ride in the mountains, found two new roads, pedaled to my daughters latest playlist and had a heart to heart with a "gentleman" from the San Lorenzo Valley after he thoughtfully offered up the 'f' word (three letter word ending in ag). 99% of the time, I simply let those knuckle heads do their thing and then I call them in as a potential drunk driver (I have a really good sense of smell). However, this time was a little different - I think it had to do with the fact that we kept passing each other in heavy traffic due to road construction on hwy 9. Those of you that pedal with me know that I try to avoid hwy 9 at all costs (this new road was just too good though).

I tried to put myself in his shoes as I slowly approached his vehicle in bumper to bumper traffic in the bike lane. I took my sun glasses off so we could make some uncomfortable eye contact as we waited for the pilot car to turn around. It truly is awkward for the yeller and the yellee (not as much) when these situations arise. The funny thing about being on a bike is that you can maneuver in and out of traffic much easier than a maroon Honda accord can especially when cars are inches from your front and rear bumper. The vehicle on his rear bumper...wait for it...a CHP. The officer who happens to know me very well, was kind enough to let me lean against his vehicle as we slowly crept along. We did the obligatory finger pointing and chuckling. Traffic started to flow, so I rolled up to the Honda and simply said, "its because of my European under-jersey right?".

For the record:
I only rocked my Craft under-jersey to dinner once on a bet with Joe Pettinger. 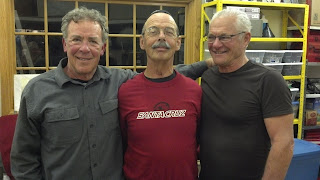 After painstakingly crunching the numbers, I figured you are looking at over 1.8 million miles of pedal pushing between these three gentlemen. One is known for his frames, one is known for his one-liners and one is known for his bruiser calves and wicked fast sprint. If you don't know who these folks are, you need to  immediately brush up on your Santa Cruz cycling culture as they are the backbone of local cycling. 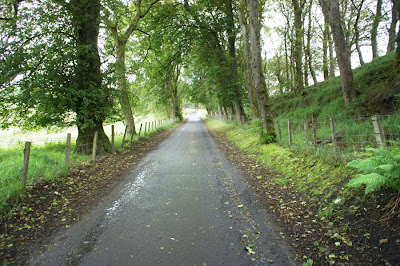 "If this road doesn't go through, its a damn shame!"

"If you have enough willpower and you want something bad enough, you can get your body to do anything...anything" - Jock Boyer 1985 Race Across America

Jock is the most underrated world class cyclist of all time. His resume reads like an freaking Odyssey - with everything from a Coors Classic GC win to Race Across America including the first American to race the TdF (5 tours and 12th overall). He won RAAM in 1985 after folks told him that a TdF racer could never win an endurance event. Not only did he prove them wrong, but he decided to win RAAM again in 2006 at the age of 51.

He was also involved in the folkloric episode of the 1982 World Road Race where he and LeMond would have to agree to disagree for life. Boyer ended up in the break however, he was not known for his sprint, so LeMond (who could absolutely lay it down in a sprint) decided that he had a better chance of winning and bridged up to the break. That plan seemed to be working well for the Americans with one small exception which happened to be glued to LeMond's wheel and did I mention that this exception had to have his cycling shorts custom made to accommodate his quads - Giuseppe Saronni. LeMond bridged Giuseppe right on up to the break and they took Gold (Saronni) and Silver (LeMond).

For the record:
Jock has paid his debt to society and is working on Project Rowanda. The last time I saw Jock I was painting a fire hydrant on the corner of Broadway and Highland in the city of Seaside and he was pushing a huge gear (just like 85' RAAM) and he gave me a puzzled double take as I yelled out, "go Greyhound". My blue collar brothers were not as impressed with the skinny pedal pusher as I was - go figure.